Dedicated to Protecting the Rights of Maryland Residents

As a criminal defense attorney licensed in both Maryland and the District of Columbia, Erick P. Gracia Jr. has dedicated his career to the art of effective trial lawyering. As a result of the exceptional value he places on the U.S. Constitution, individual rights, and free speech, he is particularly committed to using his skill, reputation, and passion to make sure that the government and insurance companies treat his clients justly and fairl 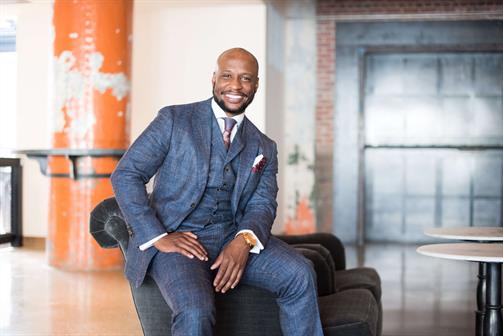 The anxiety and stress of criminal charges can be overwhelming. It is important to be represented by a lawyer who will fight for you, educate you about the criminal defense process, and provide peace of mind. Mr. Gracia has handled thousands of cases and is an accomplished and approachable trial lawyer whose experience and energy give him an exceptional edge when it comes to connecting with clients, juries, judges, and prosecutors.

Fundamentally, Mr. Gracia understands that clients hire him to win their cases, however that may be defined. And, while Mr. Gracia never guarantees an outcome, he does guarantee that he will have honest communication about the strengths & weaknesses of their case and will work tirelessly to achieve the best possible outcome.

During Mr. Gracia’s career, he has handled a significant number of complex cases, many of which have garnered media attention. Erick has handled cases on both sides of criminal law.

As a prosecutor, he has gone to trial with cases involving:

As a criminal defense attorney he has successfully defended clients charged with:

Specifically, Mr. Gracia has won trials in which his clients were found not guilty of charges such as Murder, Harboring a Felon, Multiple Counts of Assault with handgun at party, just to name a few. As such, Erick has been asked to lend his professional legal opinion on on television shows such as Fox News and The Roland Martin Show.

Give him a call immediately, so he can help you with your case.

Featured in the News